Spring 1 - Beech class have been exploring the story of creation and how they can be creative using lots of different materials and mark-making. 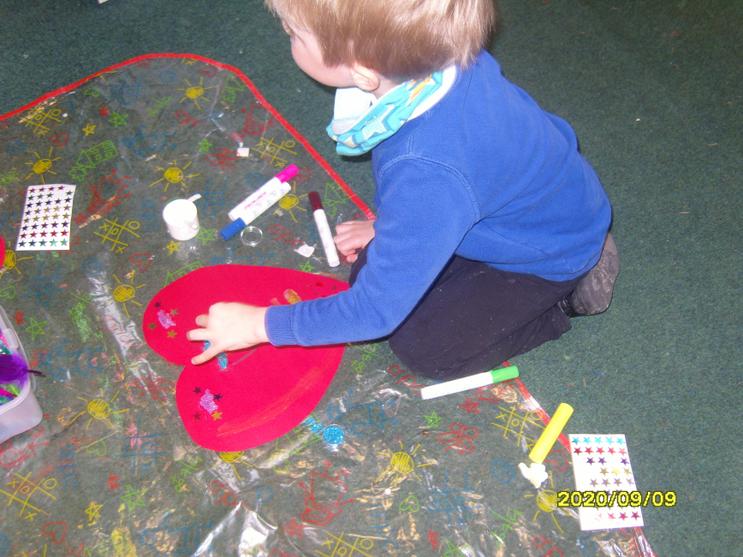 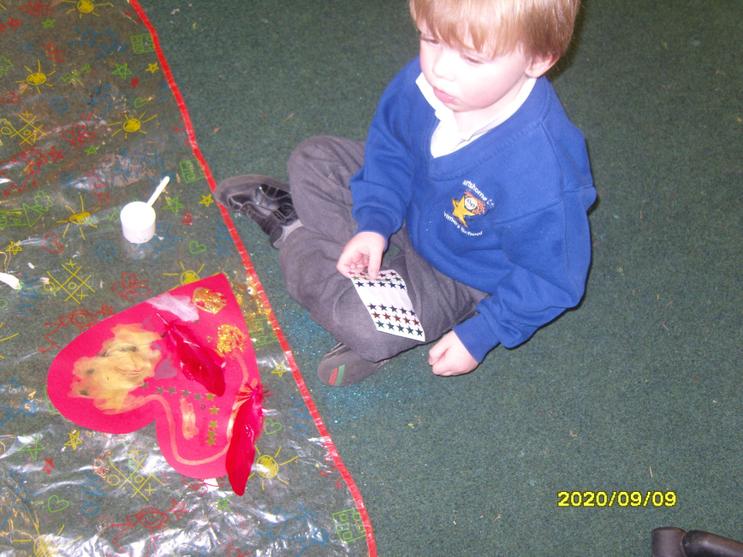 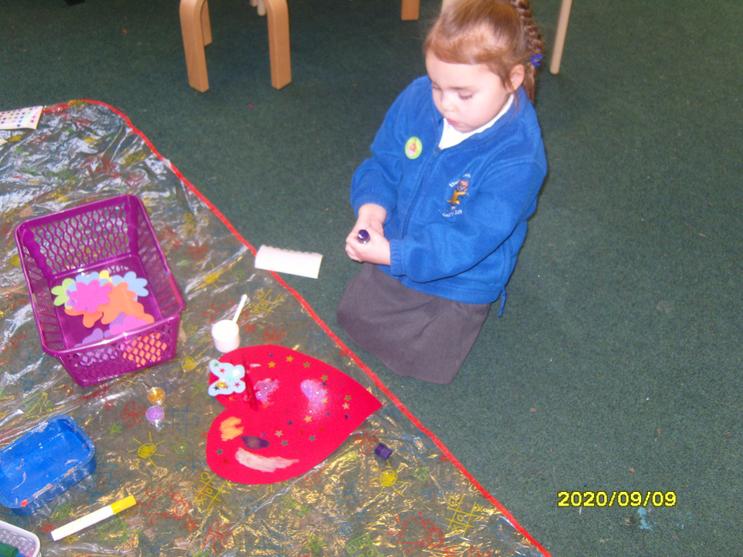 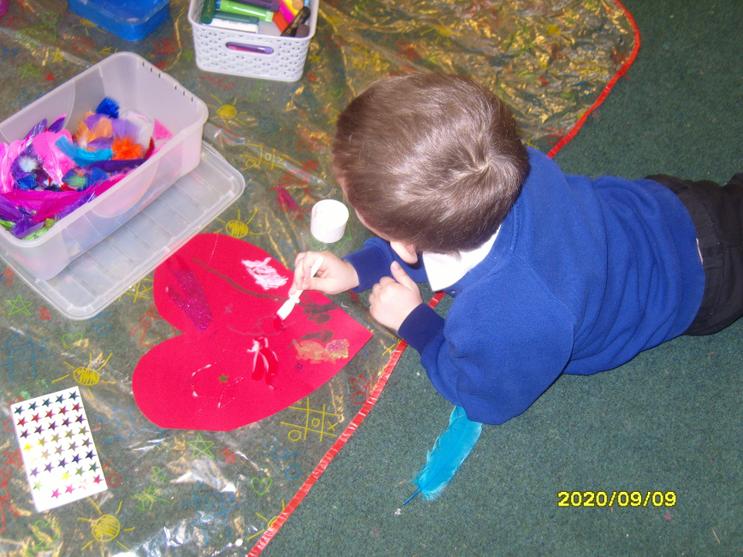 Autumn 2 - Beech class have been discovering the Nativity Story by exploring small world figures, dressing up and talking about the story.

Autumn 1 - Beech class have been exploring their class collective worship in different ways, through listening to stories from Jack in a Box, singing 'Welcome everybody' using Fischy music and lighting a candle to help us understand that we come together to think about God.

Spring 2 -Beech class have been finding out about Easter, beginning with the story of Palm Sunday. We discovered objects in Tom and Tessa's special box which helped us to think what might happen in the story and then used the ipads to find out more about what happened to Jesus on Palm Sunday. We also learnt the Hosanna jumping up and down song and made our own Hosanna Palm leaves.

Spring 2 - Beech class have discovered the traditional Muslim story of The Tiny Ants. They went on a bug hunt to see if they could find any tiny ants, but discovered lots of other minibeasts instead. We talked about how Christians show Respect to all living things because of The Story of Creation, linking this to our prior learning, and we shared ideas of how we could show respect too.

Spring 1 - Beech class have been exploring the theme of helping others, they thought about who they could help and discovered the story Jesus told to teach others about the importance of helping others and showing kindness. See if you can guess which story Beech class acted out using the small world characters.

Autumn 2 - Beech class have also been learning about The Nativity , exploring the story through small world and dressing up.

Autumn 2 -Beech - This term the children have been discovering the bible story the feeding of the 5000. We began by looking closely at the painting by John August Swanson and then Tom and Tessa brought some bible dressing up costumes for us to try. We also made coffee fliter fish which we decorated using felt tips and water mixing techniques to help remind us how Jesus shared the two fish amongst the 5000 people.

01.02.19 Beech class performing the story of 'The Good Samaritan' and finding out about why Jesus told this story about helping others in need.

Autumn 1 - Beech class RE display - 'Hallowed be thy name' - finding out why God is a VIP to Christians.

Beech class-Summer 2 - Beech class had a visit from Tom and Tessa today who brought their treasure box. Inside it had lots of objects to remind us of the Story of the Creation and some jelly...Tom wondered if God had made jellyfish from jelly, so we experimented... 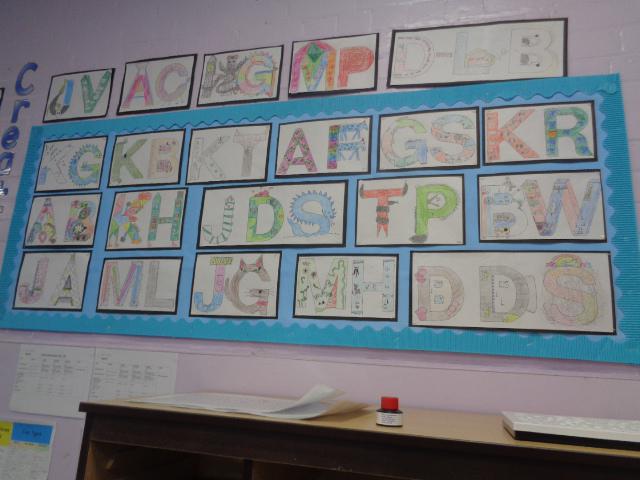 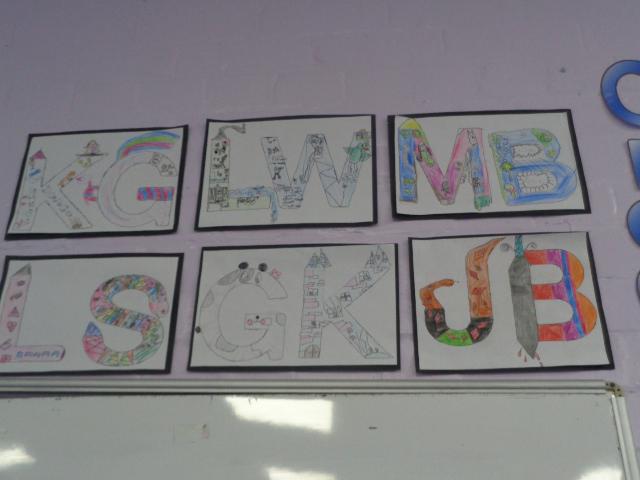 3.11.17 - Beech class dressing up in clothes brought in by Tom and Tessa from Bible stories.

26.06.17 Beech class visit to St Peter's Church to find out about special places for Christians.

Beech Class - Judaism display - Summer 1 - We found out about the similarities and differences between Christians and Jews.

Beech Class - Christian Values Display - Trust Summer 1 - We learnt how the disciples put trust in Jesus through the 'storm on the lake' story and imagined that we were in the boat too.

The children discovered about how God had asked Adam to name all the living things he had made, including all the smallest bugs. Beech class created their own bugs and insects and then named them just like Adam had done.  The children worked together to make their own Garden of Eden to put all of their wonderful creations in.

Beech class have been learning the Story of Creation. They then worked together in groups to recreate God's creation of all living things by finding, making and drawing each day's creations.

Oak Class - Oak class have been studying the topic of Incarnation. They were asked to sort out pictures which represented the different parts of the Holy Trinity - the Father, the Son and the Holy Spirit.

Beech class - How we discover the story of Jesus's birth.   Autumn term 2

​Beech class have been experiencing the Christian story of the nativity in lots of areas of their learning.

Beech class - Exploring the core beliefs of Sikhism. 19th May 2016